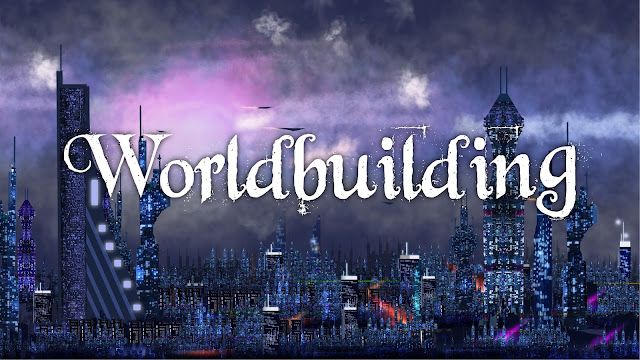 Why I love Worldbuilding!

Warning!!! Spoilers for Renegades ahead!

One of my favourite things in the world to do is world build. Not because I want to feel godlike, but because of the scope of creativity.

There is nothing like sketching out a world and then discovering it. From the histories and culture to the religions and politics and more. For many that may sound dry but it is not. These things matter to the identity of any nation. They affect how we see ourselves as individuals, how we see our place in our nation and in our world. They dictate the relationships we have, from close and personal with families and partners, to how we treat others, particularly those from other nations, especially when we consider them to be our nation's competitor.

These things matter because they inform our lives and decisions. Once you have the broad strokes of a world, you can imagine what the people who live there are like and how what they feel about these things drive them. From there you can see where conflicts rise in that society, or between competitors. This is what takes the inhabitants of a world from a few lines on the screen, or paper, to feeling like a living and breathing race.

Worldbuilding really is a wonderful pass time. Nothing else comes close to the thrill of discovering something about a new world even as you create it. I can't even count the amount of times I've said 'I didn't know that about them!' I love that it's such a discovery, even more so than reading about someone else's world. After all, when you're reading someone's book, you don't see the detail they put into a world. When represented on the page, you shouldn't see the vast majority of it. Like an iceberg, you should only ever see the peaks in the story, not the depth hidden beneath the page.

Worldbuilding is almost like a thought experiment in being a space explorer!

When I sat down to create the Tessan world, I intended on just writing stories about the captains of Protectorate ships. Korren, Kerr and Dak were going to be three of them. I wanted one more and the final book would be their leader Thanesh falling in love with Alethia. I planned the series to end with the establishment of the Tessan world. Thanesh and his people were originally planned to be more antagonistic towards the rest of the galaxy and end with them establishing an empire to end slavery. My first OneNote file is still called 'The Tessan Empire'!

But the thing about world building, if you're doing it right, is that you have to take into account the history and the personal interactions with other races. As above, relationships with allies and enemies matter. They affect the way you interact with the world, especially when you care about how your allies (friends) see you.

For me, the biggest issue was the Protectorate's relationship with the Amarans. Once I knew the Protectorate males were originally human and were the results of experiments, it became obvious they would be vulnerable in their first months as they learned about the galaxy around them and their place within it. I seriously considered a period of breaking them apart and slavery, but it felt wrong. Plus, I wanted the Protectorate to be long established and that meant they had to have the money to build ships, hire extra crew (50k people only gives you so many crew and ships) and with Thanesh having grand plans for his people, it became obvious they had a leg up somewhere. That is when the Amarans stepped in.

I'd already had the idea for the race and the story I plan to write about Dahnus and Hadith, but their society was slightly different, harsher and Dahnus was a crueler male. The relationship that developed between the two races mellowed them both out a bit. Dahnus still comes from a world of betrayal and political intrigue, but he is a better male than I'd originally planned.

Having been initially helped by the Amarans, that informed some of the Protectorate morals. The Amarans, when they first rescued the Protectorate males, had just come out of imperialistic expansion and contraction. Their expansion led to a war in which they came out firmly established as the good guys. Thanesh establishing an empire would have put them in direct conflict with the Amarans.

I still love the idea of having heroes from an antagonist race as the heroes and there are definitely some of those in this universe, but ultimately, being true to the world meant putting an end to the idea of alphahole Tessan heroes.

But don't worry, I do plan on revisiting that idea in a later series set in another universe.

Next time, I'm going to go into the kind of things I think you need to take an interest in if you want to get into worldbuilding.